Beckman Coulter Life Sciences is taking actions in the best interests of our associates, customers, and business partners as we navigate the growing threats of the 2019 Novel Coronavirus disease (COVID-19). Learn more

According to both USA cGMP1 and EU GMP2 cleanroom classification should be carried out according to ISO 14644-1. The 19994 version of this ISO standard has been re-written by a group of international subject matter experts and ISO 14644-1:20156 was published on December 15, 2015. ISO 14644-1:2015 contains substantial revisions impacting both the way the cleanrooms are classified and the performance requirements of the air particle counting instruments used to carry out the classification. Cleanroom users claiming compliance to cGMP and/or GMP will have to consider these new rules when next re-qualifying their cleanrooms, potentially purchasing new air particle counters if their existing counters do not comply with the new performance rules and facing the dilemma that the new re-qualification may indicate that their cleanroom is not operating at the grade they had achieved using the old classification process. This paper explains the new rules.

As can also be seen from the tables in Fig. 1 and 2, cGMP does not define airborne cleanliness levels for each cleanroom Class when the cleanroom is at rest, whereas GMP differentiates between these two states. The third major difference between the two documents is that cGMP has an additional Class between Class 100 (equivalent to GMP Grade A) and Class 10,000 (equivalent to GMP Grade B in operation) and GMP has an additional Grade D, defined as having ≤3,520,000 particles ≥0.5microns at rest.

The fundamental changes in the ISO 14644-1:2015 document impacting on the GMP community are:

The requirement for the new sample locations could lead to confusion in particle counter users who are used to following the same classification/re-qualification routine, especially for those with multiple cleanrooms and multiple air particle counter users. Cleanroom owners could attempt to mitigate the chances of resultant data errors/miss sampling by choosing to use air particle counters that can be programmed with the new cleanroom sampling program so that the user is prompted to take the correct number of samples using the correct particle
counter configuration in each cleanroom Grade. The same opportunity for confusion and potential resultant mistakes would apply to any form of manual data transfer from paper print outs from the particle counters to Excel* or a laboratory information management system (LIMS). Cleanroom owners could choose to mitigate the risk of data transfer errors by choosing particle counters that can transfer the particle count data via wireless Ethernet in Excel readable format straight to their secure data server or LIMS systems.

By increasing statistical accuracy through a larger number of sampling locations, the ISO 14644-1:2015 document also eliminates the need for the UCL calculation which was previously required for cleanrooms requiring between 2 and 9 sample locations. Provided all sample locations are within the Class/Grade requirements, there is no longer any need to perform the UCL calculation. 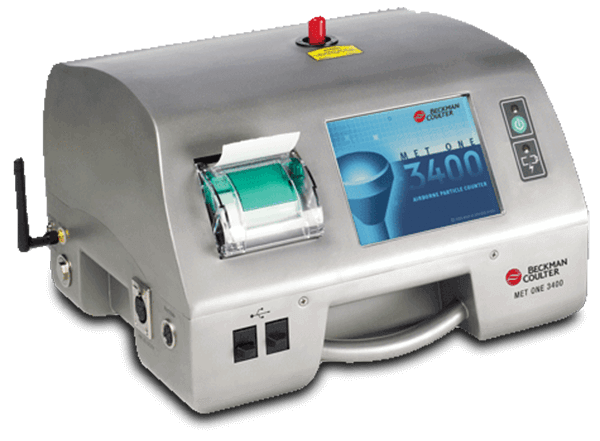 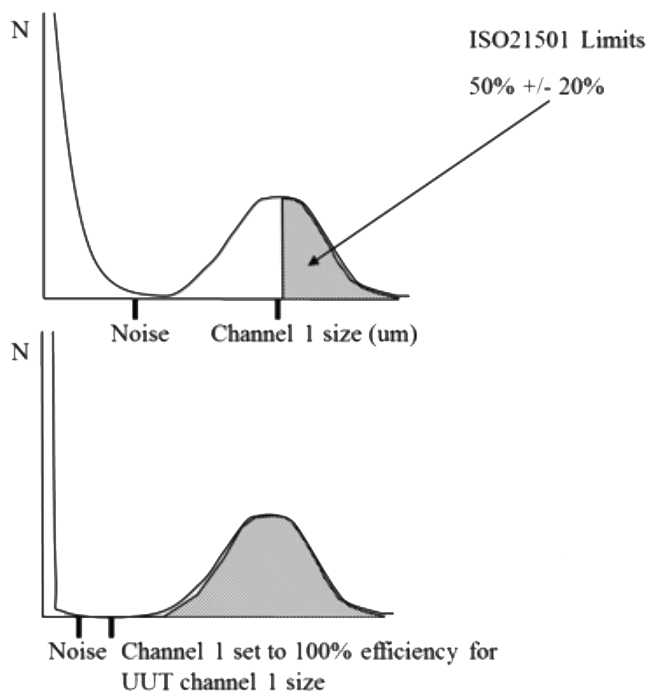 In another move to improve the statistical accuracy of the classification/re-qualification, the international subject matter experts tasked with re-writing the standard decided to remove from the Cleanliness Classes table numbers of particles that were too small to be considered statistically sound. Controversially, this was extended to include the 29 particles/m3 for ISO Class 5 for particles ≥5microns, potentially undermining the EU GMP requirement to the measure these particles in Grade A and Grade B environments.

Implications for the GMP Cleanroom Community

Thanks to the undated reference to ISO 14644-1 in the GMP and cGMP documents, to the new ISO 14644-1:2015 will impact on every cleanroom user in the GMP community. All GMP cleanroom users will have to make changes to their cleanroom classification/re-qualification SOPs to incorporate the larger number of sampling points required in the new version of the ISO standard. In some cases a risk assessment may be required to retrospectively investigate the potential impact on product quality if the new classification/re-qualification changes the cleanroom Class or Grade. In some cases where this is the case, the cleanroom owner may have to consider making changes to their cleanroom and air handling systems to bring the cleanroom back into the required Class/Grade. All GMP cleanroom users will have to ensure that the particle counters used to classify and monitor their cleanrooms are compliant with the requirements of ISO 21501-4, including those counters forming a part of a continuous monitoring system.

The changes to ISO 14644-1 represent possibly the biggest change to GMP cleanrooms since the requirement to sample 1m3 at each and every sample location when classifying/re-qualifying Grade A environments was introduced to GMP Annex 1 in 2003. The GMP cleanroom community would be wise to start planning for these changes now rather than waiting ‘till they are inspected to the ISO 14644-1:2015 doument.. (visit http://www.particle.com/met-one-air-particle-counters/portable/met-one-3400-simply-paperless for more information on particle counters designed to support the new ISO 14644-1 and ISO 21501-4 requirements)